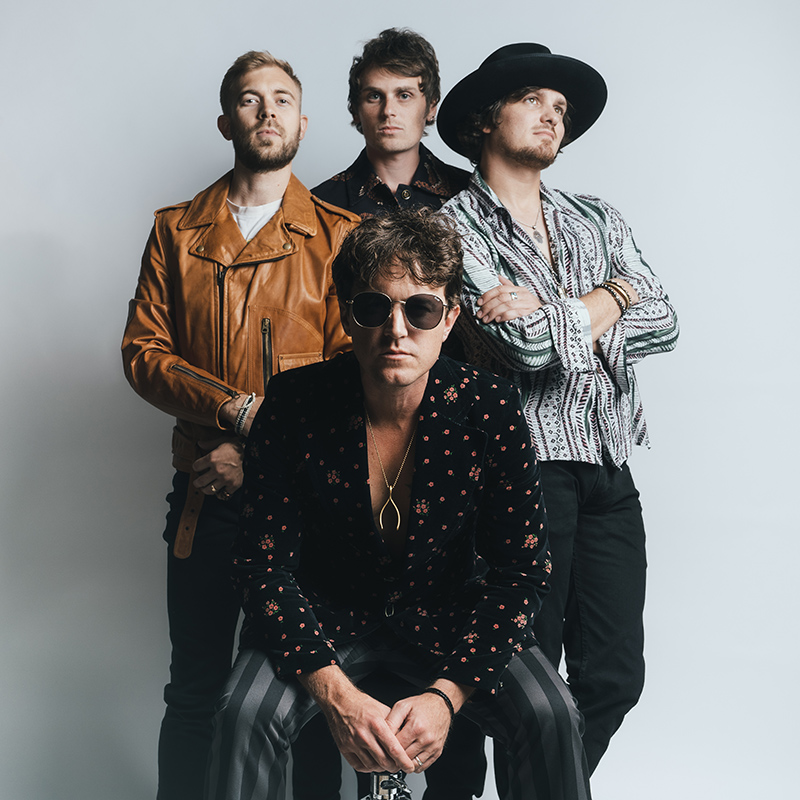 Movement–a word that bears special meaning for Nashville-based Alt-Country rockers Flying Buffaloes. From their aptly-titled 2017 debut TAKING OFF EP and their 2019 debut album LOADED & ROLLIN’, to the band’s very name, they’ve had their sights set on a forward trajectory, no matter the obstacle.

The formation of the band is the quintessential Nashville story: five musicians, drawn like moths to the neon lights of the city’s famed Lower Broadway, converge to form a band. Fueled by their desire to deliver the organic energy of rock-n-roll coupled with the lyrical honesty of classic country, Flying Buffaloes have found themselves opening for a range of acts including iconic rockers Drivin N Cryin as well as acclaimed Red Dirt Country artist Wade Bowen, in addition to headlining tours throughout the South and Midwest.

Between performance dates, Flying Buffaloes secured Grammy award-winning Jeremy Ferguson (Cage The Elephant / Andrew Combs) to produce LOADED & ROLLIN’. Recorded at Ferguson’s Battle Tapes Studio in East Nashville, the album explores the isolation and depression associated with immigration, the ups and downs of love, and the essence of what it means to be a working Nashville band.

When work and life came to a grinding halt in March 2020, the band refocused their energy on creating new music. The fruits of their labor will soon see new light. As evidenced by their upcoming single, “A New Day is Gonna Dawn,” (produced by Donnie Reis at his East Nashville studio, Twelve 3 South) the future is bright for Flying Buffaloes.