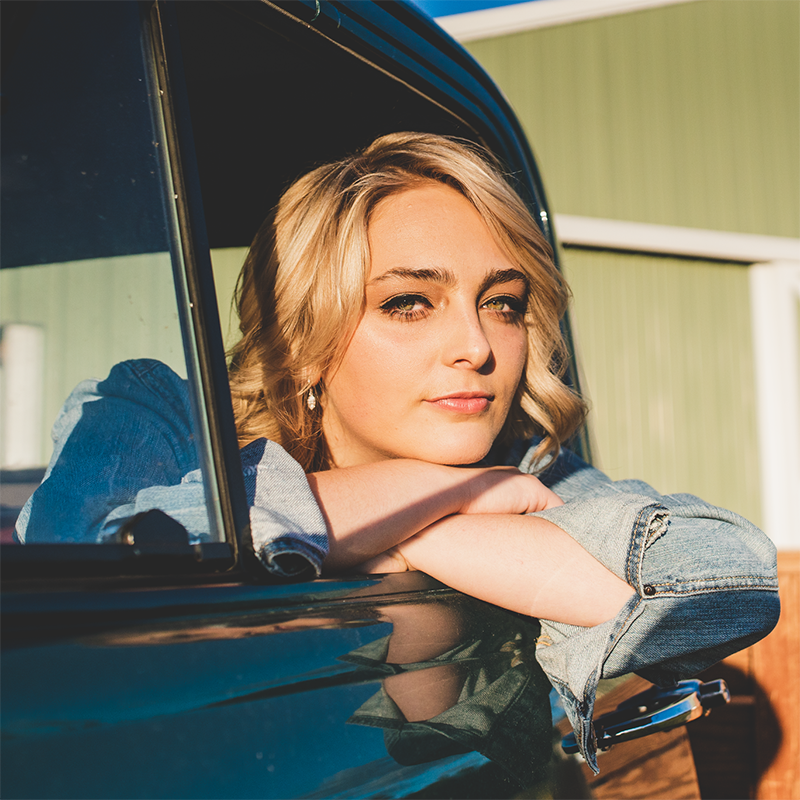 A Tennessee native, singer/songwriter HunterGirl has been performing since she was three years old and writing songs since she was 9. In her early teens, she performed at venues across the United States, competed in singing competitions and won the 2014 Texaco Country Showdown. After graduating high school, she moved to Nashville and immediately started playing gigs at Nashville’s most famous venues including Tootsie’s, Rippy’s, Jason Aldean’s Bar, The Listening Room, and HonkyTonk Central, winning songwriting contests such as “Nash Next” and the prestigious “Nashville Songwriter Association International” in her spare time. Due to having family members who served in the military, HunterGirl holds a deep admiration for our Country’s armed forces and tenaciously works with many veteran organizations, where she uses music therapy to transform veterans’ stories into songs. She’s shared the stage with Country superstars Old Dominion, Florida Georgia Line, Kane Brown, Alan Jackson, Trace Adkins, Charlie Daniels, Sara Evans and more. Most recently, she competed on this year’s American Idol, where the “country singer with a bright future” (Hollywood Life [t.e2ma.net]) delivered standout performances that Taste of Country called “impressive,” “shining,” “chill-worthy,” and “glowing,” winning the hearts of millions across the country. Praised by Idol judge and Country superstar Luke Bryan as the “new age Miranda Lambert [t.e2ma.net]” and his “favorite female Country voice [t.e2ma.net],” “HunterGirl has wowed the Country music community since she stepped foot onto the American Idol stage” (Billboard [t.e2ma.net]). “Despite missing out on the win, her crooning vocals and intimate original song, ‘Red Bird,’ has made her one to watch in the Country scene (American Songwriter [t.e2ma.net]). Skyrocketing to No. 1 on iTunes All-Genre and Country charts, “the budding Country star” (Taste of Country [t.e2ma.net]) performed her heartfelt and deeply personal original track “Red Bird” on Live with Kelly & Ryan and has appeared on Good Morning America. With distinctively and incomparably genuine vocals, unwavering drive, and a heart of gold, HunterGirl is on the fast track to be Country’s next big female artist.