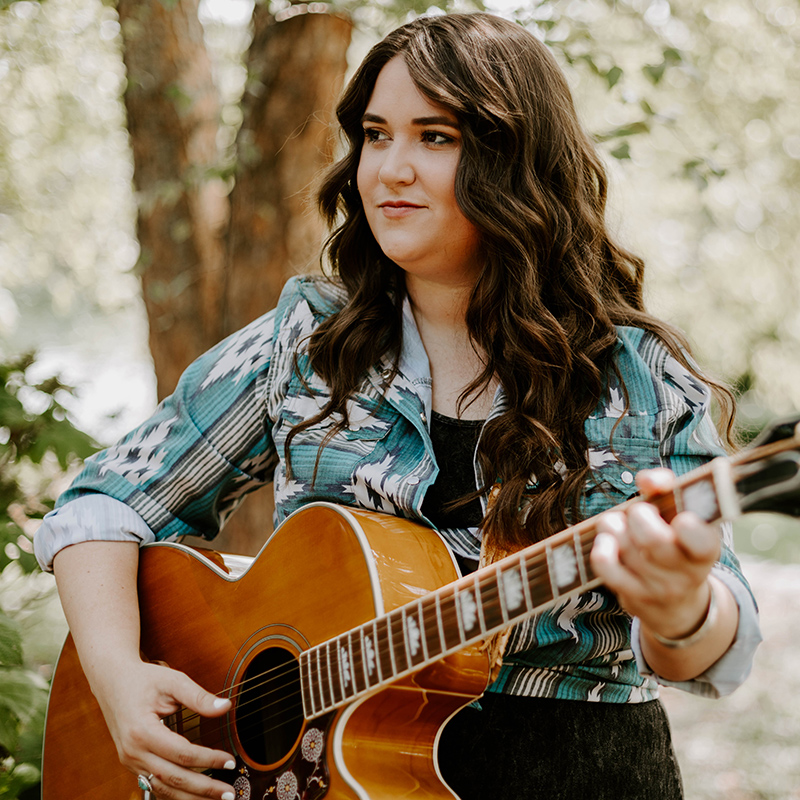 Kayleigh Mathews is a Nashville recording artist, songwriter and national touring artist.  She was born and raised in Tucson, AZ and moved to Nashville in 2018 to pursue her musical career. Her music is inspired by her musical upbringing in gospel and bluegrass but is also firmly rooted in the traditional country sound. Since releasing her first single in 2020, she has sung the National Anthem at Cheyenne Frontier Days & a Vanderbilt Women’s Basketball game, performed at a Texas rodeo, been the feature artist on Texas radio, podcasts as well as international radio stations. Her first single was released in October 2020, her second single was released in January 2021, her third single was released in May 2021 with streams of over 43K times combined. She released her first EP, titled “Desert Child” on September 17th 2021, her newest single “Right Time” on May 27th 2022. She released her most recent EP titled “Turn Out The Lights” on October 21st 2022 and has been touring nationally promoting her music.