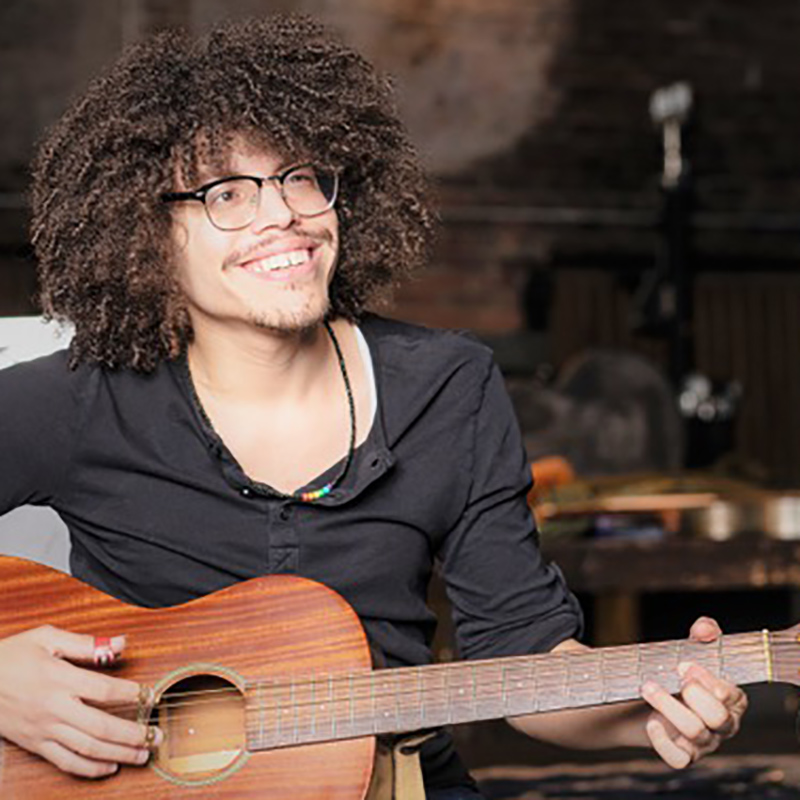 Murphy, a talented singer songwriter from Baltimore Maryland is a songsmith with a unique story that has sent him on a journey in life that only few have experienced.  For the past 8 years, Murphy has traveled across our nation playing his music to all that would stop and listen.  From New Orleans to Santa Barbara, New York to LA, Murphy makes his living playing his distinctive style of folk, soul, rock and roll on the streets of America!

After moving to Seattle Washington in 2020, Murphy auditioned for the T.V. Show “American Idol” where he became a fan favorite for his original song “The Painted Man”. Fans of the show cried out at his departure, so much so that it led to him performing in the shows 2021 finale.  “Commanding the audition room with his distinctive voice and style, Murphy delivers a performance that is unique, inspiring and positively original. It’s rare to have an American Idol contestant, or anyone, for that matter, make an impact on peoples’ hearts the way Murphy did. Undoubtedly a fan favorite, we are so grateful to have Murphy back on the American Idol stage for the finale, to perform his incredible, original songs “Am I Still Mine?” and “The Painted Man.” Our cheeks hurt from smiling so much at this video!”  AMERICAN IDOL 2021

Murphy now continues his dreams of playing music and making a difference in the lives of those who made a difference in his.  His debut single “The Painted Man” is due out the first of 2022.  He has already garnered millions of fans on social media and is excited for what new journeys lie ahead as he continues to tour sharing his songs.